Martin Luther King Jr. said, “I look to a day when people will not be judged by the color of their skin, but by the content of their character.” Good dream. Contrast that with today’s socialists, liberals, and democrats who lack moral character in many areas but see skin color at every turn. They are obsessed with racism and white supremacy which mainly exist in their self-righteous imaginations, on mainstream news channels, in woke corporations, and in the current administration. Instead of focusing on white supremacy – why not righteous supremacy? Righteous supremacy says: people who are moral and work hard generally have more contentment, freedom, and prosperity than those who are immoral and lazy. Proverbs 14:34 says: Righteousness exalts a nation but sin is a disgrace to any people. Who wants to shop in the midst of looters, have co-workers who don’t work, live in a neighborhood roamed by pedophiles, vacation where there are rioters, bank where the owners are thieves, have their kids taught by sexual perverts, or be ruled by liars and murderers? A nation cannot have prosperity, freedom, or contentment when it: kills babies up to and beyond the moment of birth; forces people to get injected with deadly chemicals against their will, opens its border to criminals and drug addicts; promotes socialism and sodomy; defunds the police; silences anyone who disagrees with the narrative; forces transgender ideology on six-year-olds, and attempts to feminize men and blur the line between man and woman made in the image of God. In this world people should be judged by their character – not skin color. In the next world, we won’t be judged by skin color OR character. No one can enter God’s perfect kingdom based on their character because we all have sinned and fall short of the glory of God. Romans 3:23. Proverbs 20:9 says: Who can say I have kept my heart pure, I am clean and without sin? So, what is the person who desires to please God and enter heaven to do? Jesus said, “Repent for the kingdom of God is at hand.” Matthew 4:17. When a person truly understands that all is hopeless apart from God’s grace – given to us only because of the death of Christ – they will repent of their Sin and give their lives to Christ. God, in turn, will give them real righteousness and eternal life. 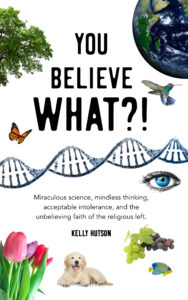